ENG 125: Children’s and YA Literary Adaptations

The general course description for ENG125 is, “Critical reading and analysis of a variety of literary narratives that reflect on human experience.” In this writing-intensive section of ENG125, we will focus on literary narratives written for, marketed to, and adapted from, children’s and young adult (YA) literature. In addition to reading and analyzing the first book in both the Harry Potter and Vampire Diaries series, we will also watch their movie and television adaptations, respectively, and read/view fan texts (fanart, fanvids, fan fiction, etc.) based on this source material. Alongside class discussion in which we analyze the social, cultural, generic, and media influences of these (and on these) texts, we will also critique these texts using formal and creative genres. Supplementary readings about literary narratives, adaptations, and analysis will also be assigned throughout the semester, in order to help us achieve the course goals.

By the end of the semester, you should be able to:

•Discuss literary narratives and analyze them in small and large groups

Creating this course description was pretty simple once I finished filling out all the information for the IRB I completed as part of my internship in fall 2016. Unlike ENG 170, there are no required learning outcomes built into this course. This course meets the general education requirement of “Language in the Humanities,” but other than teaching how to analyze literary narratives, there are no other guidelines. The open nature of this course enabled me to design it as a children’s and YA literature (ChYALit) class, a common decision amongst the ISU graduate assistants specializing in this area of English Studies.

• Harry Potter and the Sorcerer’s Stone by J.K. Rowling

The webs of texts included in and surrounding these two book series are at the center of my dissertation, so they were also at the center of my internship and therefore the two sections of this course I taught during the 2016-2017 school year. I removed Fangirl from the list in second version of the course, as I felt it was too tangential to the course theme and I wanted additional time in the second semester to discuss different forms of literary analysis. Originally, I included this book as part of the Harry Potter unit, framing it as an unusual example of an adaptation (Simon and Baz as Harry and Draco).

• Movie adaptation of Harry Potter and the Sorcerer’s Stone

While only requiring 2/3 books for this class, students were also required to read and view many adaptations of the books/series. They also read supplementary material about ChYALit, adaptation, genre, audience, media, fandom, etc.

• Some type of composition notebook

Most class periods began with a few minutes of notebook writing. At times, students were just given a few minutes to work on a class assignment (mainly the paper or adaptation). More often, though, I gave students a prompt to answer. Some prompt examples: “Do you think the sorting process (in Harry Potter) is well designed, or would you make changes to how the sorting system works?” “In the movie version of HP&SS, what scenes were cut/added? Why do you think these changes were made?” “Which literary analysis terms can be applied to the first three episodes of Vampire Diaries?”

As for access to the Internet, I uploaded all class materials and hyperlinks to our class blackboard website. With all the fan texts students needed to read/watch/view, access to the Internet was essential. I also try to be as eco-friendly as possible when teaching, so students turned in their major assignments digitally, as well.

Here are brief explanations of why I included each of the major assignments listed above.

Reading/Viewing Write-Ups – These short (usually 1-3 pages) responses to the materials read/watched for class are designed to help students think more deeply about the material. Students during both semesters only had to complete half of the prompts, though they could complete additional ones in order to replace lower grades received for earlier responses. The prompts changed from one semester to the next. A few examples:

1. “From The Awakening, list two examples of each of the following terms and explain (in detail) how you think the characters, events, scenes, plot points, etc. qualify under these labels. Terms: Foil, Tone, Foreshadowing, Symbol, and Narrative Structure.”

2. “Compare and contrast the Harry Potter movie adaptation to the book. Point out: a) 3 important scenes from the book that have been cut out of the movie, b) 3 scenes that have been added to the movie (that didn’t exist in the book), and c) 4 other types of changes that have been done in the movie adaptation. For each of these 10 examples, explain why you think these changes have been made (doing some research can help answer this element, but make sure to cite your sources if your answers are inspired by any research). In your explanations, make sure to consider the change in medium as well as any changes in the narrative structure of the book’s storyline.”

3. “You have two options for this prompt. You can analyze either the verbal rhetoric or the visual rhetoric of the episode(s) watched for today’s class. Your response should be at least 1 page, double-spaced.

• Option 1: Pay close attention to the dialogue throughout one or more episodes watched for today’s class. How are ethos, pathos, and logos used throughout the dialogue to influence characters to take certain actions, believe in certain ideas, and/or feel a certain way? Provide 5 examples (total) of this usage (using direct quotes or paraphrasing) and explain why you think they qualify as one (or more) of these rhetorical devices.

• Option 2: Pay close attention to the visual aspect of the episodes watched for today’s class. Provide 5 examples of how visual elements are used rhetorically (i.e. are used to communicate something) throughout one of more of these episodes. Some things to look for: the importance of color (of clothing, rooms, objects, backgrounds, etc.), of the composition of the image (where objects, people, etc. are located on the screen), of body language and facial expressions, etc. For each example, explain how you think each example is being used rhetorically (basically, what message/meaning you think your examples are trying to get across to the viewer).”

Literary Analysis Paper – Students had to come up with an argumentative thesis and support it via close reading and analysis in a paper that was at least four pages in length. In it, they also had to discuss the significance of their argument, why it mattered outside of simply existing as an argument. Students also needed to write a reflection on their writing process, as a metacognitive activity.

Literary Adaptation – Students had to write an adaptation based on either Harry Potter or Vampire Diaries (or both). It had to be a literary narrative of at least five pages in length. They also had to write a short reflection on their writing process, as a second metacognitive activity. When accessing this assignment, I focused on student ability to use vital literary elements in their story. For example, consistent characterizations and setting descriptions, no plot holes, and pacing that is consistent with a narrative and not a story summary.

Peer Reviews/Workshops – Students had one peer review session for each major writing assignment (paper and adaptation). I created a review guide for them to fill out for their partners. These sessions were intended to help students catch issues in their paper/adaptation before they turned them in at the end of each week.

Revision/Class Zine – At the end of the semester, students could revise their paper or adaptation, or create a piece of fan art. During the Spring 2017 semester, all students were required to create a piece of fanart or a fanvid, though they still had the option of revising a written assignment for the class zine. Students would submit this revised or artistic work to me digitally, and I created a class version of a “fanzine.” With a cover page and table of contents, along with a piece of work by each student, the PDF was then given as a final reading assignment to discuss during the last day of class. Awards were given as well (via poll voting), such as “Best Plot Twist” “Best Opening Sentence” “Best Adaptation-Harry Potter” “Best Fanart- Vampire Diaries.”

Participation – With the amount of discussions that took place in this class, along with the notebook prompts and reading/watching quizzes, a participation grade was necessary to take all the in-class activities into account. 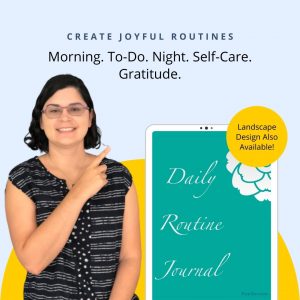