Looking for Your Next Dystopian Read? Book Review #3: Unplugged by Donna Freitas

The weekend after I received approval from my dissertation committee to defend my proposal (otherwise known as last weekend), I read three novels and quite a bit of fanfiction. Reading is my go-to activity when I’m feeling nervous, and with Axis 360 (a library app that I wrote about here) just a click away, I had plenty of books to pick from when I wasn’t in the mood to find a new fic or reread some of my favorites. Unplugged was the first novel I read this past weekend (Fan Art was the second, and I reread Simon vs. the Homo Sapien’s Agenda in order to prep for teaching my classes this week). Unplugged is the first book in The Wired trilogy, and I haven’t read the second and third installments that came out last year, The Body Market and The Mind Virus. The first book was an interesting read for multiple reasons, which I’ll get into in today’s (very spoiler-y) book review.

“Humanity is split into a dying physical world for the poor and an extravagant virtual world for the wealthy. Years ago, Skylar Cruz crossed over to the App World for a chance at a better life, and her family stayed behind in the Real World. Now Skye is a virtual teenager, surrounded by glamorous apps and expensive downloads—yet she’s never felt like she fits in, and all she wants is to see her mother and sister again.

Skye is desperate and ready to risk everything to unplug from the App World. But she soon learns that the only person she can trust—in either world, including friends and family—is herself.”

Reader: This book constantly reminded me of other YA novels when I was reading it. The enter-a-virtual-reality-because-the-real-world-is-terrible element made me think of Ready Player One. The mental text messaging between Skye and her foster sister Inara made me think of Feed. The literal plugging into the brain in order to enter the “App World” reminded me of the Matrix. And, of course, it unfortunately seems like no YA dystopian is complete without a love triangle or square. Basically, unless you’re completely new to the genre, a lot of plot elements in this book will be quite familiar to readers. It also felt almost a bit too fast-paced, similar to what I experienced when reading The 100 by Cass Morgan. Considering the book is over 400 pages long (though I read it as an ebook, so I wasn’t really aware of its length when reading it), it seems strange that I felt it was a bit too rushed.

And yet, while the above paragraph might make it seem like this novel is just a combination of other popular reads, the primary conflict in this story compelled me to read it in one sitting. I definitely don’t recommend reading this novel if your primary interest is it’s potential romance plotline, as this element is barely present in this first installment and what is there is not very compelling (perhaps the male characters are not supposed to be perceived as good potential love interests, in which case, that’s definitely been accomplished). I appreciated this little attention to romance, as it left plenty of time to focus on the political aspects of the storyline. In a nutshell, the leader of the virtual world has closed the border between the physical, “Real World,” and the App World, leaving families torn apart with seemingly no way to reunite. The virtual world is trying to find a “cure” for needing a physical body at all, while those in the physical world who can’t afford entrance to the App World or have no interest in entering it are hoping to capitalize on the physical bodies left behind when their fellow citizens plug into the virtual world.

While the family dynamics of the main character, Skye, are also of interest and a major plot element, the body/mind question is what I was most invested in. I’ll discuss this aspect more in my teacher section below.

Teacher: This novel definitely isn’t short, so that could be cause for concern when using it in the classroom. However, the writing style makes this book feel like a quick read (in my opinion, of course),  and the implications of its various plot lines create so much material for analysis and discussion. Want to discuss portrayals of class inequality? In this novel, the virtual world is basically only accessible to the rich and to those who are willing to keep the rich’s bodies healthy in exchange for acquiring access for one of their children. Of course, these children, or “Singles,” are required to return to the physical world for their “Service,” while the children of the affluent can pay to avoid that requirement. Want to discuss immigration policies? Not only does the App World Prime Minister decide to permanently close the border without any warning, separating dozens of families, but there is also a scheme to get Skye across the border by bribing someone with the power to help her illegally unplug. Want to discuss the supposed mind/body divide or disability studies? I don’t want to give too much more away, but these topics more than any other described above have so much relevance to this novel that there is no way to avoid spending quite a bit of time discussing the implications of every characters’ actions and beliefs.

Basically, there are so many important and relevant concepts that can be discussed via this novel that I would definitely suggest giving it a read. I’m very curious to read the next two installments when I have some more time on my hands.

Fan: Considering this book ends on a cliffhanger, fanfic writers have plenty of room to write their own continuation of the storyline before they read the next installment(s). There are so many compelling ways to continue this novel, but there are also plenty of narrative gaps that can be filled by invested fan writers. Unlike Twilight or Divergent, this is a series where I would definitely be interested in re-reading the story from another POV, especially a character that grew up in the Real World rather than the App World. As I mentioned previously, the book felt a bit too fast-paced, so I think fics that spend more time worldbuilding would also be highly appreciated by fellow fans.

There are so many dystopians out there that this series might never make it big. If it does, though, I can definitely see a pretty strong fandom growing from it. A lot of fan writers write fic because they want to delve intellectually into the fan object they are invested in. Considering Descartes is cited before Part 1 of this novel begins, this series definitely has plenty of material to work with. And for those fan writers (and readers) who just want to have some fun, there are plenty of characters and plot elements that could use a personal fan touch. I’m just hoping I don’t end up reviewing the next two novels in the series by describing how fan writers can improve the canonical storyline by completely changing where it goes after book one.

This first novel is by no means perfect, but it can be the starting point for some really great discussions and fanfic. In my book, being able to say that about a book makes it a contender for a to-read list.

Overall, I wouldn’t consider this book on par with Feed or The Hunger Games. Still, it’s worth a read, and there’s a definite possibility that I might feel more strongly about it (one way or another) once I read the next two installments.

Have any of you read this book (and maybe parts 2 and 3)? If so, feel free to share your own thoughts in the comments section below. 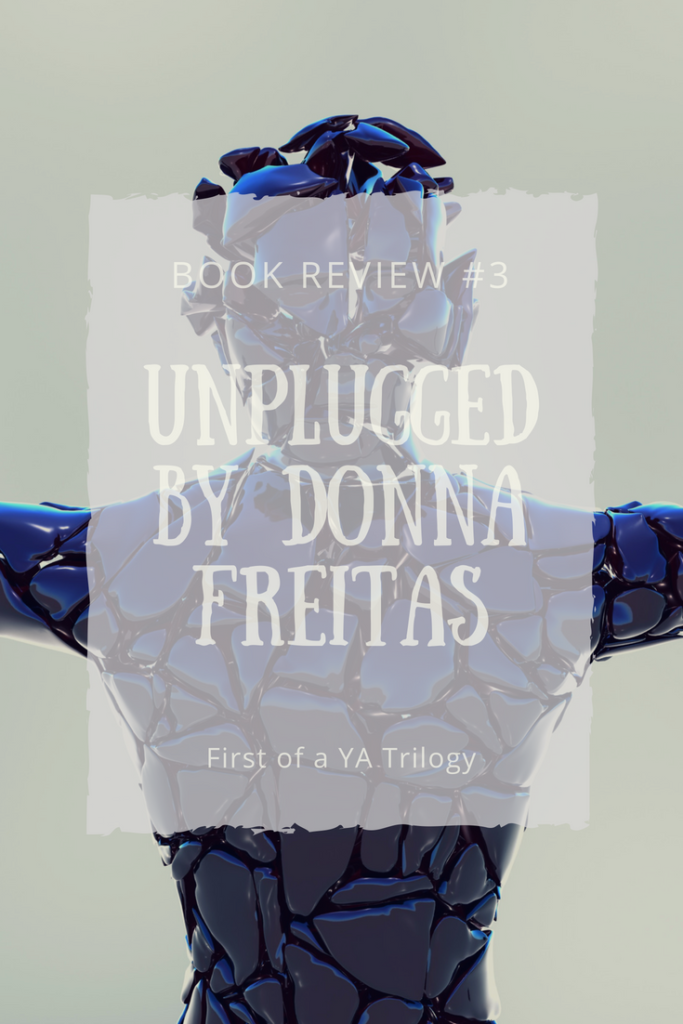