Looking for a Classic Read? Book Review #2: The Phantom Tollbooth by Norton Juster

The majority of my recent blog posts have focused on school-related topics. As such, I thought this week was the perfect time for another book review. There’s still some pedagogical considerations in this post, but I’m hoping that this review inspires teachers and non-teachers alike to give this children’s classic a chance, if they haven’t already done so. My last review was for a very new and trendy YA novel, but today’s is all about one of my favorite children’s novels: The Phantom Tollbooth. I won’t say this book is perfect, as it isn’t (see: colonization origin-story for the secondary world). However, just because a book has its issues, doesn’t mean it’s not worth a read. This motto is definitely the case for Phantom.

So, if you’re a lover of fantasy novels, allegories, puns, or educational tales, click on the link below to…

It is considered a modern children’s literature classic.

Ranked as one of the most used children’s books in the classroom.

The Annotated Phantom Tollbooth was published in 2011.

“For Milo, everything’s a bore. When a tollbooth mysteriously appears in his room, he drives through only because he’s got nothing better to do. But on the other side, things seem different. Milo visits the Island of Conclusions (you get there by jumping), learns about time from a ticking watchdog named Tock, and even embarks on a quest to rescue Rhyme and Reason! Somewhere along the way, Milo realizes something astonishing. Life is far from dull. In fact, it’s exciting beyond his wildest dreams. . . .”

Reader: One thing I love about this book is that Juster did not feel the need to write down to his child audience. This book is filled with so much word-play that any reader who’s not a fan of puns will likely grow weary of this book soon after beginning to read it. Some confusion might also occur, but context clues should help young readers make sense of these situations. The imagery is fantastic throughout, with Feiffer’s illustrations helping to round-out what the reader imagines about each location Milo visits and characters he meets. Yes, this book definitely has a didactic purpose, which I know some readers might not want to experience and some adults might not want the children in their lives to fully internalize (again: colonization story). Still, Juster’s way with words alone makes this book worth the read. And really, who can resist a book that begins with a map of an imaginary world?

Teacher: I haven’t taught this book in any of my children’s lit (ChLit) courses yet, but I’m hoping to do so next semester. This one book provides the opportunity for so many literary terms and devices to be introduced and discussed with students. Here are a few examples: pun, allegory, didactic, anthropomorphism, pathetic fallacy, primary world, secondary world, imagery, fantasy (the genre), heroic journey, home-away-home plot structure, etc. And, as I’ve mentioned twice so far, including this novel as a classroom assignment allows for the chance to discuss not only the humorous writing style, but also topics like colonization, ecocriticism, and representations of gender. Juster himself mentioned that he was uncomfortable with the Lands Beyond origin-story, and yet he kept it in anyway (source: annotated version). What does this choice suggest about the ChLit fantasy genre? The princesses Rhyme and Reason are credited with bringing common sense and a needed balance to Lands Beyond, but then why are they so easily locked away by their arrogant brothers and unable to escape without the help of young Milo? This classic has plenty of potential lessons to impart on students, whether in terms of literary terminology or analysis. If you’re a teacher of actual children or of ChLit, I suggest checking out this novel.

Fan: There have been a few adaptations of this novel throughout the years, and I think this text really lends itself to the practice. Personally, if I had experience in coding and graphic design, I’d love to create an educational video game based on this book. Alas, I can only hope that someone else will create the game someday. There are plenty of other opportunities for fans, though. Like in other fandoms (especially Harry Potter), I’d love to see a female!Milo fanfic that reimagines this heroic journey as one led by a heroine. A fanfic written from the perspective of a secondary character would also be fascinating, especially Tock or the Humbug. With a whole secondary world just waiting to be drawn in full, the possibilities for fanart are endless. There’s even a 1970s movie adaptation that can be used for creating fanvids. While there isn’t much online fandom for this classic, maybe a new film adaptation will be released in the future, and a resurgence of interest in this novel will create a more active fandom.

Basically, I highly recommend reading this novel if you haven’t done so already. And once you do (or if you already have), let me know:

My favorite character is Tock, and my favorite pun occurs in the following scene:

“Be very quiet,” advised the duke, “for it goes without saying.”

And, sure enough, as soon as they were all quite still, it began to move quickly through the streets, and in a very short time they arrived at the royal palace. (55-57) 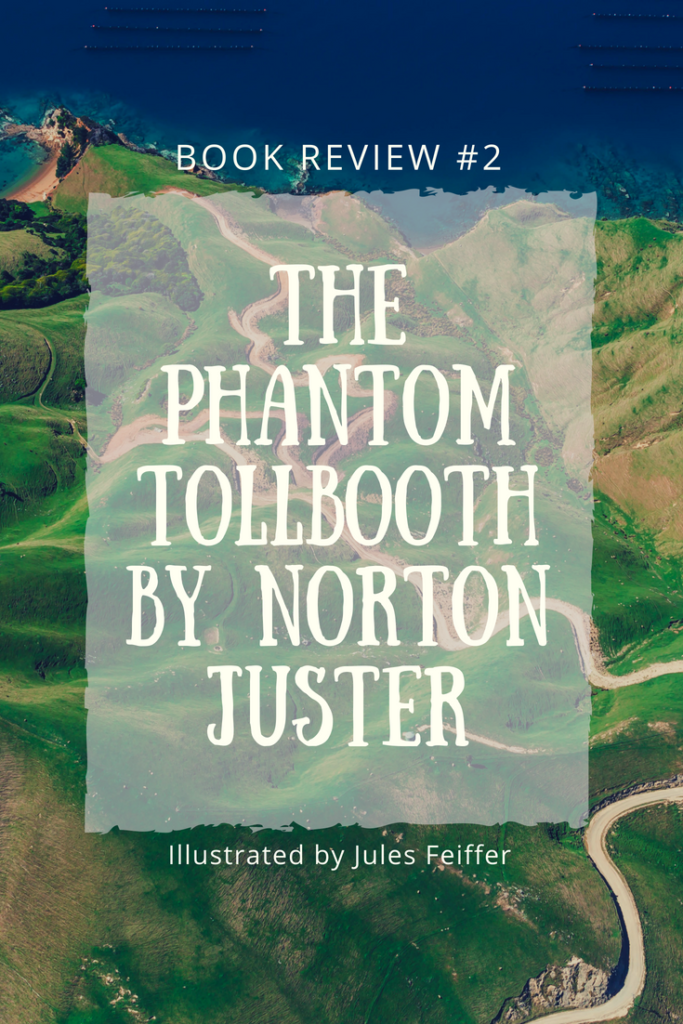